we have started shipping with limited options on 3rd may 20. Courier companies are charging minimum weight of 5kg/10kg so shipping cost has increased. after you place the order, we will call you to discuss the shipping cost. orders will also take time to reach you due to limited transport facility.

Thank you for your patience.

Cash On Delivery is only available in Delhi in Urgent Delivery on certain products. Call/whatsapp us +91-9266229292(India) if you want cash on delivery. Rest may pay via card, NEFT, Bank Deposit.

We update our shop as much as possible and 99% prices are accurate. However it’s humanly impossible to update all the products and their updated prices. Because we don’t stock, Actual Price may vary when we acquire it from one of our 3000 vendors. If it changes, order total may change and you may have to pay extra.

We don’t stock so once acquired, we can’t return the product so order can’t be cancelled. If we haven’t received the product from the vendor, we can refund. Cancellation charge of Rs. 100 or 10% whichever is higher will apply on such orders.

Out of your order profit we share a large percentage to acquire medicines for poor people and their treatment. 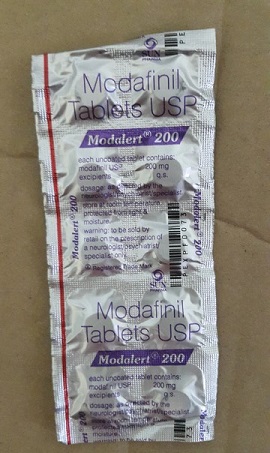 The total rundown of ailments for which Modalert Medicine can be used for includes but not limited to the following:
The uses of Modalert medicine are extremely limited to very few ailments. It cures the following mental disorders:
• Shift work sleep disorder where the patient sleeps during the most unusual hours yet feels tired.
• Narcolepsy
• OSAHS, that is, Obstructive Sleep Apnea/Hypopnea Syndrome

The side effects of using the Modalert medication are pretty extensive. The medication is used primarily to reduce the excessive sleepiness in patients. This fact is bound to give side effects as a result of its GABA receptor inhibition. Some of which includes:

The Modalert 200 mg Tablet is highly useful in patients who are suffering from the ghastly effects of sleeplessness. The users, however, have complained of a feeling of confused and unable to focus entirely on their daily routine while they are on the Modalert dose. 8/10 patients have successfully been treated by the Modalert medicine. The 20% of remainder patients have complaints ranging from disturbed mental issues and addiction to the drug.